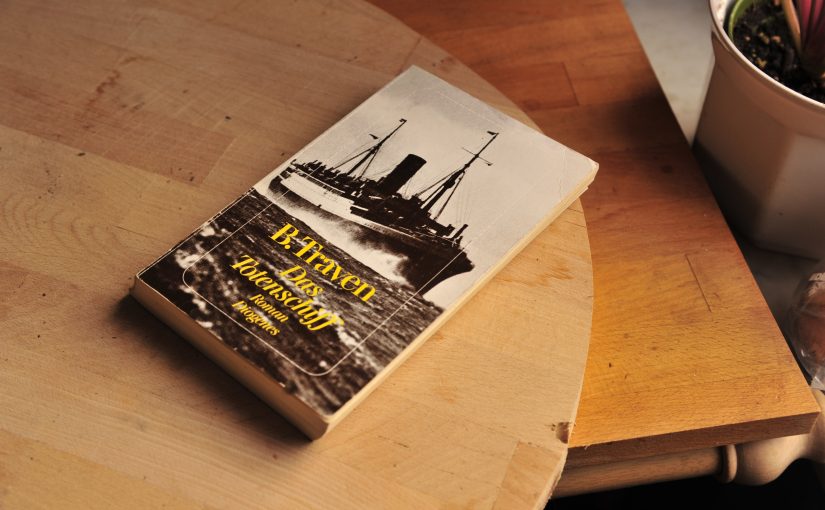 B. Traven is one of the most mysterious persons in literature, his identity being unknown for a very long time, the wikipedia article reads like a thriller itself, go check it out. Today it is quite clear that he was a german anarchist who had to go into hiding from being prosecuted by the law.

The death ship was written in 1926 and is told from the view of an american sailor who works as a boilerman on cargo ships. At the beginning his ship leaves without him and paperless he starts an odyssey around Europe to end up in Barcelona where his only chance to find work is on a so called death ship, whose purpose is basically to carry freight from ports to ports but it is so run down an unmaintained that sooner or later it will sink and the company can receive insurance payment. That of course means that the people on these ships are expendable or at least not worth more than the ship itself. To show this pervesity of capitalism is basically the main intent of the book and Traven does well to communicate this to the reader. The, at times unbearable, moaning and accusationof, the hardship of the work, the suffering and decaying of the poor souls being thrown into and stuck into this miserable life is dripping from every page.

I think that the circumstances in e.g. sweatshops in Asia can be compared to this and therefore I´d call this book a timeless description of the lives of the bottom capitalitic society. The machine has to roll and these workers are paying the price for our lush lifes.

I highly recommend this book, but its not an entertaining read.