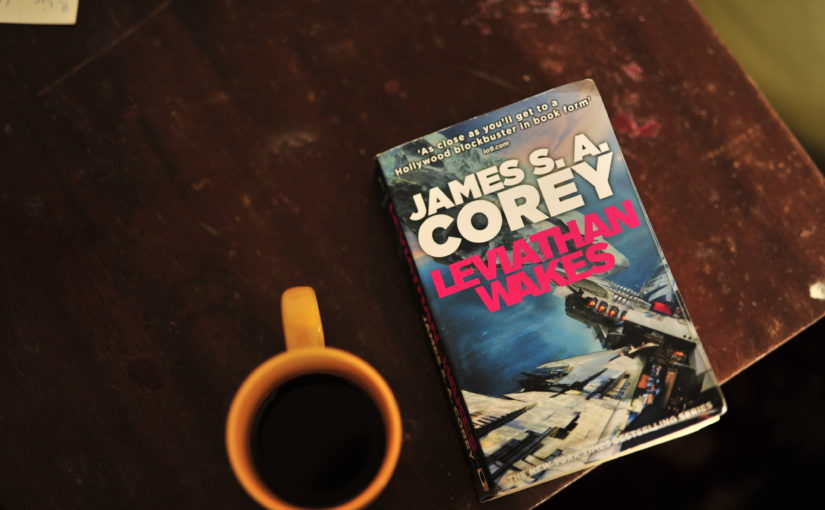 Good, robust, action-rich SciFi, but a bit over the top in my opinion.

The scenario is set way into the future where the solar system is colonized and three power blocks, Earth, Mars and The Belt, dominate the goings. The story centers on two main characters, Holden, a space-hauler captain and Miller, an aging detective who is more or less a stereotype anti-hero cop-detective like Deckard from Blade Runner or Philip Marlow, Raymond Chandlers main protagonist. These two get pulled into something big and we follow their inner workings and interactions. Sometimes they appear a bit to superhuman but it´s all in agreeable boundaries. The side characters are also developed quite well, you pretty much get a firm grip with whom you´re dealing with. The same can be said about the worldbuilding, the authors make you feel accustomed with the scenario they set their story in focusing more on interactions between the power blocks and the background stories of the protagonists instead of for example technology like in ‚Neuromancer‘.

The story is a mixed bag, starting slow but picking up more and more pace throughout the book, keeps you reading and wanting to know what happens next. But it is way too fantastic, sometimes absurd, piling on even more superlatives the later the book. The book is the first in a series and maybe I will read the second book, but I have other stuff on my bucket list and this one here gripped my attention, thats for sure but not in a breathtaking way. If you´re into fast-paced sci-fi adventure stories with pinches of a detective story and big-time power shenangians – this is solid entertainment.