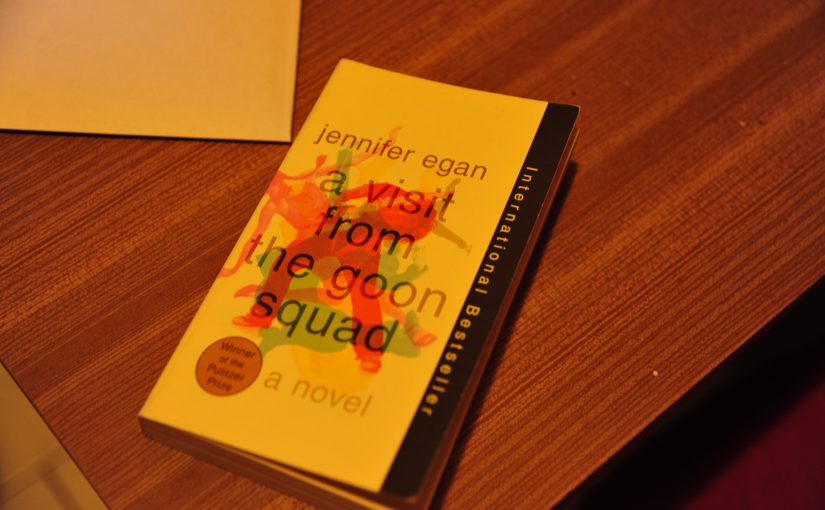 An unspectacular but very good book. Egan won the Pulitzer Price (in 2011 I think) for it. Her language is simple, never ugly or explicit, with strong sentences here and there. I wouldn´t want to have this convenient reading in every book but on the other hand I don´t need the linguistic force of Pynchon or Joyce or the vehemence of hard-boiled sci-fi all the time either.

It is a mixture of a novel and a collection of short stories. It consists of 13 chapters which all tell a story in themselves. The people in the short stories are all connected to a music manager, which gives the book its consistency and feel of a novel. The stories themselves are unspectacular sometimes even dull, although there are two or three scenes in the book where I couldn´t believe what I just read, e.g. [spoiler ahead] in one chapter she describes a holiday from the view of two young siblings, then fasts forward to tell that the 10 year old boy will shot himself aged 28 [spoiler end]; what the hell?

Egan has a nice way to give the characters depth, also because most of them appear more than one time. Also none of the characters are bad guys or complete losers, they could be you or me, which is good for attachment and plausibility. They are shown in everyday scenes, on holiday, at work, at parties; some find their luck, to others bad stuff happens. The main topic about which the book circulates is time; what it does to people and that you cannot cheat time. The title of the book is best described in one of the best sentences in the book: „Time´s a goon right? You gonna let that goon push you around?“