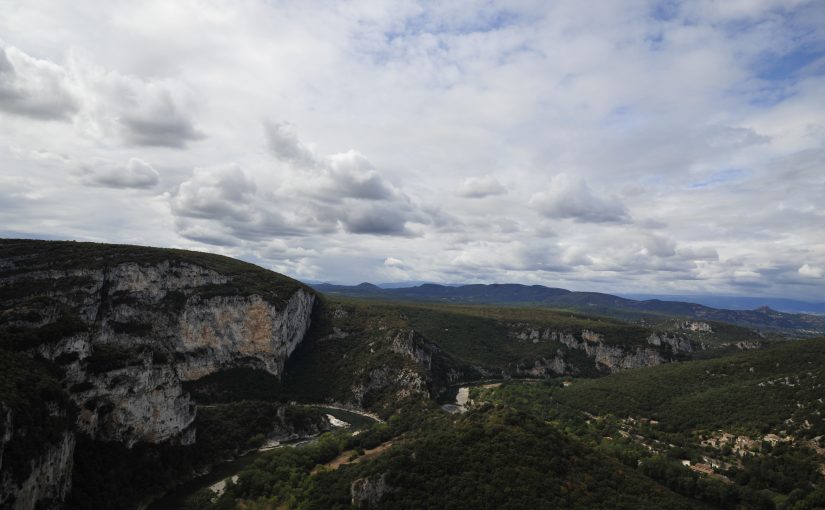 Took a trip to Grenoble middle of September, all started with an anger and ended up with me owning something I never wanted, so here´s the story.

As I wrote in the Vienna text I wanted to do this by bike as preparation for the Athens trip and because taking long motorbike journeys is my preferred style of doing holidays. I planned the trip to be 4 and a half days long starting Friday after work driving to Stuttgart to stay overnight at a schoolfriends place and continue Saturday to France and return on Tuesday. So I decided to grease the chain of the bike on Thursday evening. Putting oil on the chain is something I too often neglect because I´m a lazy bugger, but actually it makes your bike running more smoothly especially in wet conditions. Ok, to do this you have to put the bike on the main stand to let the rear wheel run free and you have to put the gearbox into neutral – to check if its in neutral one can turn on the ignition shortly – easy peasy. I forgot to turn the ignition off however but said to myself ‘nah, can´t be that bad if it is on for 30 minutes’.

Next morning, me in full gear, everything packed, ready to roll, the bike won´t start – battery empty. For fucks sake Phil, damn you lazy ass. So I called my boss if he can take me to work and was already dwelling on a solution. So we went to a motor shop to buy a new battery, but it seems that every bike needs its special type of battery – next damn, my mood deteriorated even more. Then my boss asks me if I need a car for the trip and it took me 1 second to think about it before I asked him if he was serious (we´ve known each other for 5 months only and I mean he´s a nice and good guy but still, to have this trust in someone is a bit out of the ordinary. I´d have done the same by the way because I´m also a good and nice guy but would never expect this from others.) and since he was sincere it was agreed and my bad mood turned into enthusiasm and my mind started spinning about the different nature that the trip would take but also about the opportunities.

And since every vehicle that belongs to me needs a name, it was pretty much clear on first sight what this one would be called – Orca. 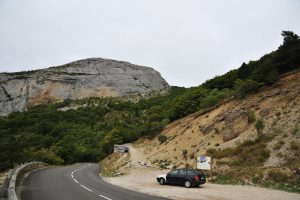 So before telling you about the journey here´s some philosophy about the differences between a car and a motorbike.

One of the very obvious advantages of a car is this: 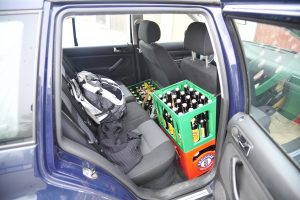 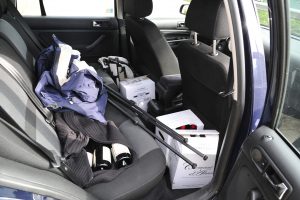 You can carry heavy stuff like beer or wine and of course non-alcoholic stuff in ample quantities. I leave it open for guessing which was the the direction of travel.

Another advantage is that you can listen to music and believe me on this journey I made heavy use of this (all in all I spent 30 hours over 4 days and listened through some parts of my library and also to some Greek sagas so if you wanna know something about Ulysses or the war of Troy just ask. Although maybe don´t since I have forgotten most of it by now.). I tried to listen to music once on a motorbike with headphones but never again. The noise from the wind is too loud and you cannot change the volume of the music. Most importantly music is way too distracting, on a motorbike you need to hear whats going on around you, especially in cities, hearing is a very important sometimes life-saving sense on a bike.

And of course when its cold outside or raining, driving shelled is more comfortable. But as I said in the Vienna text, driving through rain has its advantages and I´m pretty much indifferent. But driving through rain for several hours or driving through some heavy downpour can be very, very dangerous. On this journey to Grenoble I had 4 or 5 torrential rain episodes where I was very relieved to sit in a car, on a motorbike this would have been unbearable.

Theres some minor stuff too like driving at high speeds is possible for a longer time, you´re able to drive with other people and have a chat, stopping at scenic views to take quick picture is easier.

But these advantages all get eaten up by the fact that driving a motorbike is way more direct, intense and closer to life as I would put it.

Besides that, cars are slow and sluggish, and when it comes to acceleration you have to come up with a sports car to beat a bike on the traffic lights or when overtaking. Nothing to get carried away I know, just observing the obvious.

Coming back to the trip, I decided to leave 4 am on Saturday to be at Stuttgart for breakfast and then decide if I´ll continue or stay for one day. I did the latter and spend a day at my friends family with their two kids, had some nice chats and watched football with the 5-year-old son, great.

Left on Sunday for the haul to Grenoble, easy peasy, music-listening highway action. Arrived in the evening to have a chat and try some wine. I´m not the big wine expert and am quite determined on the grapes, I basically only drink red wine from Gamay grapes (Beaujolais) or heavy stuff like Syrah or Spanish Tinto, white wine only in summer and the mostly mixed with lemon water. Since I´m German I prefer beer anyway.

Side note: Just today I was thinking about my top 3 beverages, on place 3 we have beer, place 2 is occupied by milk and the winner (with distance) is, well, water. There is no better liquid on this planet than pure, plain water. To add another, a bit morbid anecdote, I tried distilled water once (thats pure H2O without minerals) and if you ever want to taste nothingness this is what you have to drink. So whoever says that tab or mineral water tastes like nothing is wrong. Well, not too far off maybe. Word of caution though: Dont drink more than maybe 50 or 100 ml of distilled water, this shit can kill you, you´ll dry out from the inside (has to do with osmosis in your ingestines).

Man, I´m drifting away. But basically the rest goes like this: I arrived in the evening at my friends place near Grenoble. He lives together with his wife and three kids in a house constantly under construction, theres always something to do. I feel the same about my flat – each year it grips me and then I start to refurbish the kitchen or paint the bathroom.

Next day I took the Orca for a ride to the Gorges d´Ardeche, a mini mini version of the Grand Canyon. The ride took me through the Vercours mountains, a historically important place (in WW2 the Resistancé formed there or at least provided formidable opposition against the German invaders) and a beautiful and scenic place to drive through as is basically everything that stretches from Grenoble to the south – South France with its ethereal scenic landscape is one of my favorite spots for just driving through and being there.

Anyways, next day I left at 9 am and drove the whole 1,000 kms back to Jena in one ride and arrived midnight. I decided to take the road in France, not the highway. Takes much longer but is way more scenic and this trip was all about driving through beautiful landscapes, letting the mind flow and drift and put eyecandy into the brain.

So here are some pictures from the trip 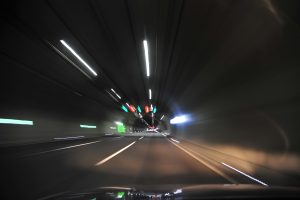 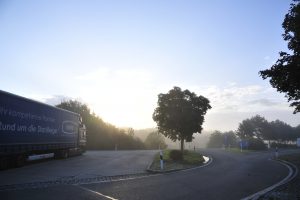 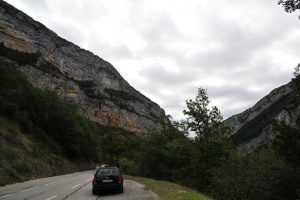 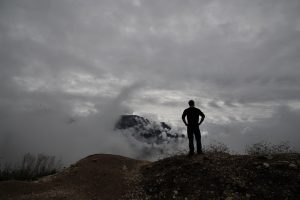 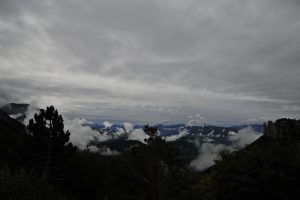 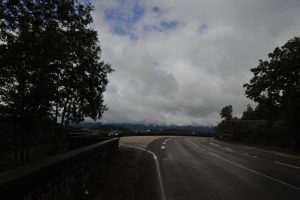 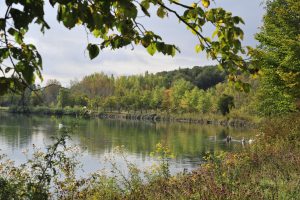