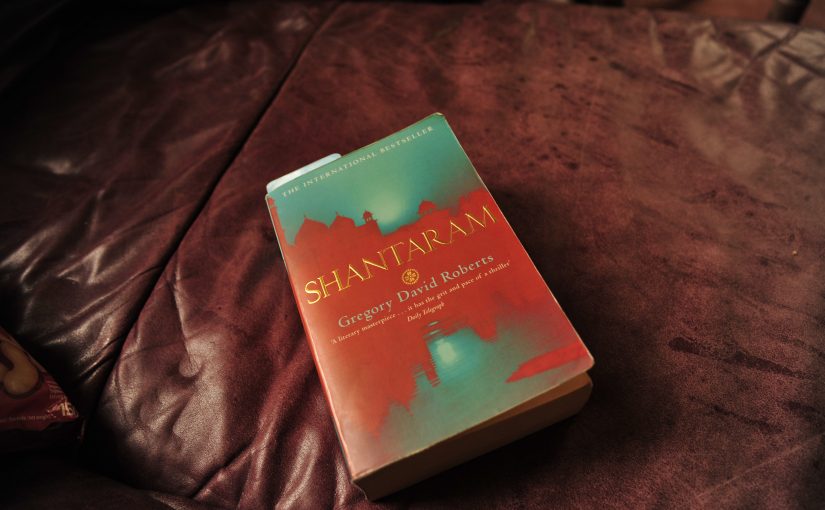 I visited a schoolmate this weekend and had no book with me (which happens once in a blue moon), which was perfect because browsing through his shelf I found „Shantaram“ which another friend of mine proposed to me. So I took and started it and well, the story seems interesting, I like the style of Roberts but most importantly on page 25 there are sentences which blew me away. In the story the main guy meets a woman on the streets and his thoughts go like this:

„The ancient Sanskrit legends speak of a destined love, a karmic connection between souls that are fated to meet and collide and enrapture one another. The legends say that the loved one is instantly recognised because she´s loved in every gesture, every expression of thought, every movement, every sound, and every mood that prays in her eyes. The legends say that we know her by her wings – the wings that only we can see – and because wanting her kills every other desire of love.

The same legends also carry warnings that such fated love may, sometimes, be the possession and the obsession of one, and only one, of the two souls twinned by destiny. But wisdom, in one sense, is the oppposite of love. Love survives in us precisely because it isn´t wise.“

Wow. Except for the wingy thing I think that this is true and having read a bit further, the book seems to contain more of such insights. Looks like a great read.

Anyways, now I have a nice book for the trainride to Kiew later this month, I already thought I´d have to take the Ulysses with me.

Let me calculate: I started it beginning of July, finished beginning of November – 5 months for this 900 page behemoth of a book. I feel ambivalent about it.

Roberts definetly has a story to tell, a story about love, hate, crime, redemption, adventure, revenge, forgiveness, hardship, death, joy etc etc. and his style keeps you very close to him and the story. And on every second page you´ll find sentences of wisdom like the one above, most of them quite agreeable, some nah. But on the other hand, honestly after 500 or 600 pages it got me bored quite much and I had to make a decision – leave it at that or try to finish it. And well, I decided or the latter and regret this a little bit because its all repetetive and the story also lacks depth and turns.

Should I recommend it? Don´t know. It´s a great adventurous story which sucks you in the first 200, 300 pages but then… I don´t know, honestly.