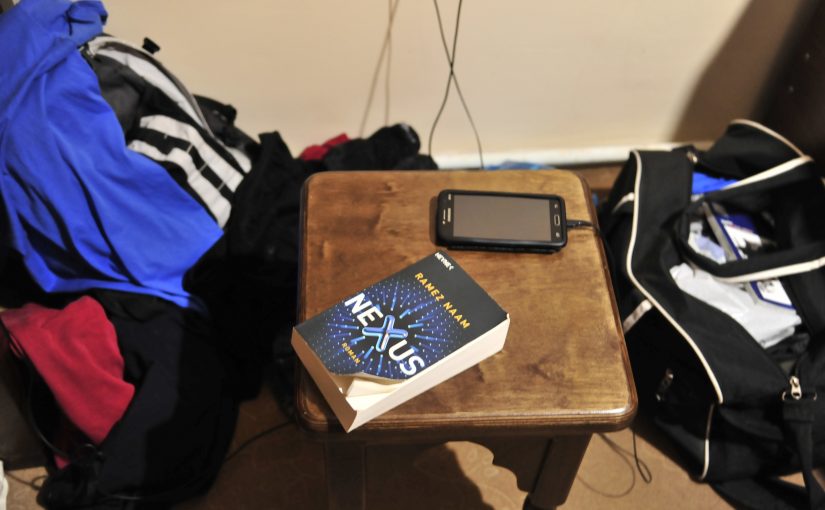 An ok book, a substandard tech-thriller. Recommended only if you want to have something easily digestible.

Ramez Naam is a computer scientist who has been employed by Microsoft in his career and worked on the development of the Internet Explorer. Has has wrote technical books and „Nexus“ is his first novel and you can clearly read that he lacks the finesse of proessional novelists. This book feels empty, constructed (well ok, every story is constructed but you know what I mean), the characters are black/white, uninspired worldbuilding, naive writing style (but thats maybe the translators fault), the story is ok somehow.

What makes this book highly interesting is the afterword (I never thought that I would write something like this) where he explains the technological background of the tech in the book. The story centres around a drug called Nexus which makes it possible to connect minds and he claims that this is maybe still a bit in the future but the science to read brainwaves and translate it into real-world actions and vice-versa is here since some time, still in its childshoes but these days you never know. Technological, computational advancement goes at a high pace and some stuff of which we can only dream now may be just around the corner.

There is a second and a third book as follow-up and I may just buy these, read the first chapters to see if his writing has evolved and read the afterword to check if he has some more tech-sweeties.